How is it possible that Iron Man is not yet a reality? DVICE reports that super-powered exoskeletons are indeed within our grasp (if not quite as flashy as Hollywood SFX just yet). Real life exoskeletons fall into the realm of not-too-distant futuristic warfare.

Below, five exoskeleton prototypes, via DVICE. 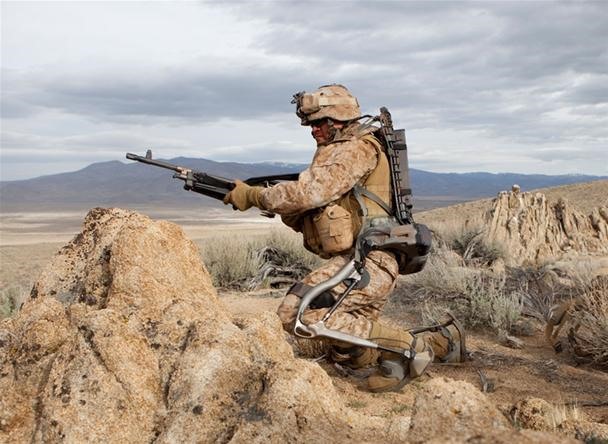 Designed by Lockheed Martin, the HULC (Human Universal Load Carrier) would enable a soldier to travel 10 mph, while carrying a 200-pound load. Amazingly, the soldier would apparently barely feel the excess weight.

"Soldiers in the future will be able to carry more complicated and powerful equipment without having to feel the added strain. Lockheed envisions soldiers being able to carry more than just weapons in that they could field more complex electronics to increase their awareness in the field." 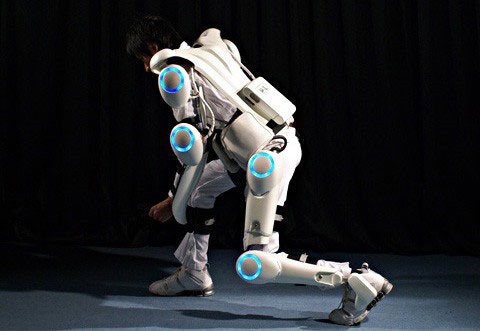 Designed by Japan's Tsukuba University, the HAL-5 (or Hybrid Assistive Limb) is one of the only exoskeletons currently available. A company called Cyberdyne plans to mass produce the suits for rental availability. The HAL-5 is not intended for the battlefield, but rather for elderly members of the workforce.

"HAL-5 uses electrodes resting on the operator's skin to analyze muscle movements, and then enhances the wearer's strength by up to five times what it'd normally be." 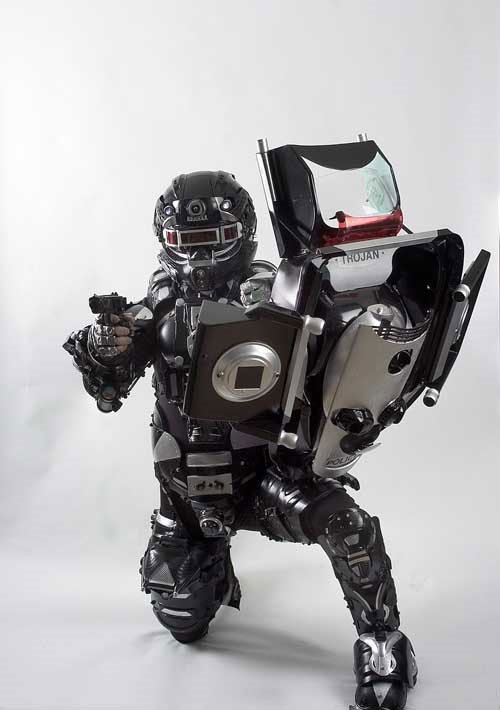 Designed by Troy Hurtubise, the Trojan armor uses: "solar-powered battery packs on the helmet that enables a five-way radio, a laser pointer for range-finding and spotting and even an air conditioner. It was popularly referred to as 'Halo armor' thanks to its resemblance to the Spartan soldiers in the video game of the same name, and drew criticism for being impractical, despite Hurtubise's claims to its protective capability." 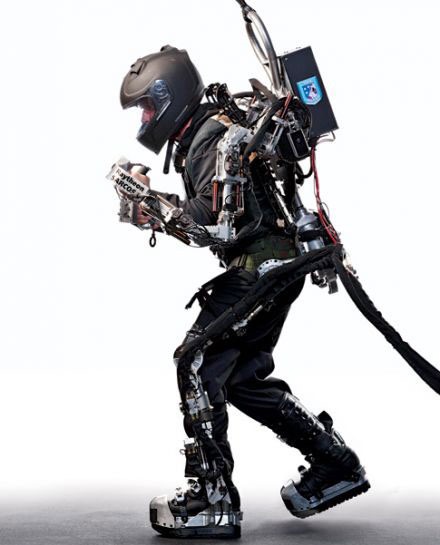 "The XOS is already one of the most advanced powered suits (if not the most advanced), though right now that's largely thanks to its tethered power source. A future soldier would not only enjoy increased strength and endurance, but also something just as important: reaction time. The researchers behind the XOS designed it to be responsive down to the second, without any lag, acting like a second skin." 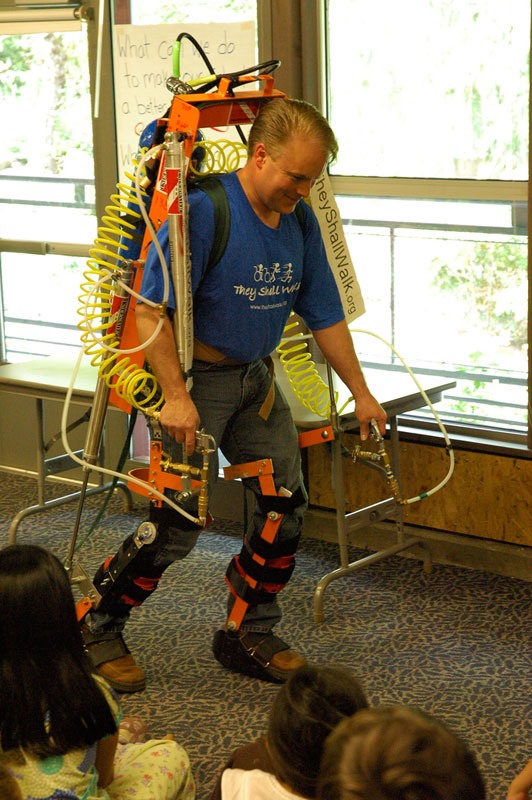 Designed by Monty Reed, the Lifesuit allows a person to walk at 2.5 mph, as well as life up to 200 pounds. Reed, an ex-Army Ranger, nearly lost his ability to walk after a severe parachute accident. His experience inspired him to build a suit that would aid the handicapped.

"The Lifesuit would let those who have lost the ability to walk or have been partially paralyzed get their mobility back. Three variants of the Lifesuit are planned, including the Home Suit, which would be like a walking wheelchair; the Rescue Suit, which would aid workers during disaster recovery, allowing them to lift and clear rubble with ease; and the Rehab Suit, which helps everyone from the elderly and paraplegics train their bodies."

im putting my money on the sarcos's success.

i LOVE THEM ALL!!!! the future is now